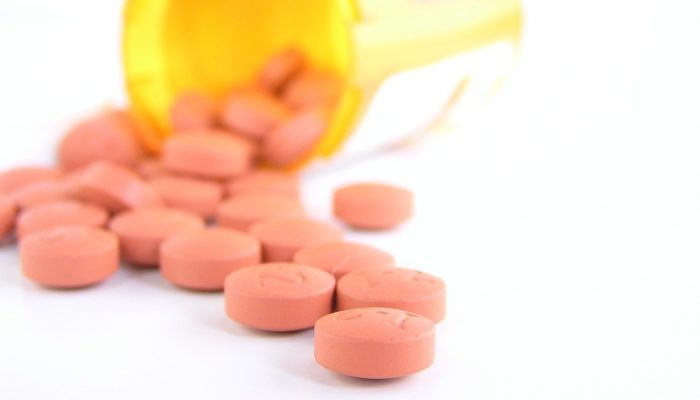 Liver disease complications like cirrhosis can affect not only the patient’s body but also their brain. When the vital organ is unable to remove toxins it can trigger brain damage through a condition known as hepatic encephalopathy. It’s a range of symptoms related to liver malfunction without brain disease. The symptoms can include personality changes and a coma-like state. As with other liver cirrhosis conditions, it’s critical to diagnose this condition and consider various treatment options like rifaximin hepatic encephalopathy. It’s believed the medicine might help to prevent the condition and help the liver disease patient think more clearly. Liver cirrhosis can be a difficult disease to live with and can affect patients’ quality of life.

Rifaximin tablets are usually used to treat the digestion problem LBM caused by E.coli bacteria. However, the antibiotic sometimes also used to prevent hepatic encephalopathy and symptoms like “brain fog” it might cause. This is important so it helps to prevent/treat various mental effects of liver disease. There’s no question that cirrhosis has a major negative effect on the human body. That said, due to the organ being unable to remove toxins effectively this can cause other issues including hepatic encephalopathy. So it’s critical to know the available treatments for this condition.

What in the World Is Rifaximin?

Rifaximin is an antibiotic that’s used for functions like treating diarrhea caused by E. coli bacteria. It can be very effective in treating loose bowel movement (LBM) although in some cases it shouldn’t be used. The medicine works by stopping the bacteria’s growth.

In 2004 Rifaximin was approved in the USA for medical use. The average cost for consumers is about $62 per day (2017). It’s classified as a low-cost medicine. In the US it’s sold under the brand name Xifaxan. The US Food & Drug Administration (FDA) has approved this medicine for “traveler’s diarrhea” and irritable bowel syndrome (IBS).

The antibiotic is also used to treat other health conditions besides bacteria-caused LBM like IBS. Rifaximin is also used for treating liver disease/cirrhosis and the brain condition known as hepatic encephalopathy. This can cause various symptoms including confusion, personality changes, and even coma-like state.

It’s rare for Rifaximin to cause serious side effects. In most cases, there’s little risk of major side-effects. However, it sometimes causes a serious intestinal condition that’s linked to LBM. The symptom might happen during the treatment or even a few months after it ended.

Even though allergic reactions to the antibiotic are rare you might experience certain ones. They include itching, rash, swelling, dizziness, and breathing problems. If you have any of these side-effects make sure to contact your doctor immediately.

The condition hepatic encephalopathy is a syndrome that appears in liver cirrhosis patients. It includes a range of psychiatric issues observed in patients who suffer from liver malfunction. It’s not considered a brain disease but has similar symptoms. The main feature is it’s connected to liver disease.

This condition includes various symptoms like reduced brain function, confusion, and coma-like consciousness level. This condition happens when blood vessels affect blood flow. It’s sort of like a river’s pathway being changed. The condition is also found in patients with tubes known as “shunts.”

Hepatic encephalopathy is partly caused by toxic substances that affect brain function. This happens due to liver cirrhosis, which is a serious condition related to liver disease. In fact, about 70% of all liver disease patients with cirrhosis have HE. Many patients experience very severe symptoms.

HE is the second-most common serious cirrhosis-related condition and has a major effect on the quality of life. Treatments for HE have mostly focused on reducing ammonia and “disaccharide” sugars are the main therapy treatments used.

One possible issue is liver cirrhosis might increase the body’s Rifaxamin absorption. In addition, long-term therapy using this prescription drug has resulted in side-effects including certain types of bacteria in one-fifth of patients.

Another possible issue is the drug might affect the body’s production of Vitamin K (potassium). This could become a problem with cirrhosis patients since their blot clotting ability is already affected due to the disease.

Many health experts recommend using Rifaximin therapy as an alternative when patients don’t respond to disaccharide medicines. It should also be used short-term until more research is done.

This includes options like cranberries and blueberries. They include powerful antioxidants that give the small fruits their famous colors. Studies show they provide several health benefits that can include healthy liver. One study showed that consuming the fruits for up to a month helped to prevent liver damage. Blueberries also helped boost antioxidants and boost the immune system’s response.

Red/purple grapes have a powerful antioxidant known as “resveratrol.” It’s been trending in recent years due to health benefits provided by a glass of wine. Studies show that the Mediterranean Diet-friendly fruits offer several health benefits including lower inflammation. This helps to boost antioxidant levels and prevent liver damage.

If you want to get the most liver-friendly benefits then go with green tea. It has the highest amount of antioxidants among all types. Various studies show that drinking green tea daily can help benefit liver health through blood test results. Other studies show that green tea helped to treat patients with non-alcoholic fatty liver.

Both these foods are high in healthy fats, which can help to lower inflammation and lower the risk of heart disease. Fatty fish like salmon, mackerel, trout, and tuna are high in omega-3 fatty acids.

If you want a good excuse to drink another cup of coffee here it is. Various studies show that coffee can help boost liver health. It can help to protect the vital organ from disease and even among people who already have liver conditions. Various studies show that coffee drinks have a lower risk of cirrhosis and one kind of liver cancer to prevent the need for rifaximin hepatic encephalopathy.