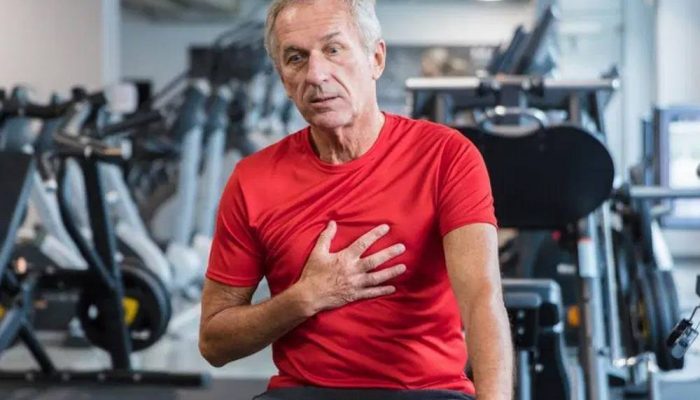 Heart failure can be stressful and scary in and of itself. The said medical condition can lead to various major health issues and a great reduction in overall health and quality of life. On top of all this, certain symptoms can also show up which may need regular monitoring and continuous management. One such symptom is the formation of ascites. These ascites are mostly associated with liver cirrhosis but in fact, it can also be a symptom of heart failure. In this article, we look at what congestive heart failure is, some of its symptoms, and some management guidelines. If you want to know more, then read on!

Heart failure occurs when the heart is unable to pump the needed blood supply throughout the entire body. In the absence of blood flow that is sufficient, a number of body functions that are major can get disrupted. Heart failure can also result in symptoms that can lead to a heart that is weak. For some individuals affected with heart failure, the heart can find it difficult to have enough blood pumped to the other body’s organs. On the other hand, some individuals can experience a stiffening and hardening of the muscles of the heart itself which can lead to blocked or reduced flow of blood into the heart.

For heart failure that is chronic, symptoms won’t improve as time passes by and will be continuous. Most heart failure cases are classified as chronic. In the United States, around 5.7 million individuals are affected by heart failure according to the Centers for Disease Control and Prevention. Most of these individuals are males. On the other hand, females have a higher risk of dying from heart failure if the said condition is not urgently addressed.

Some of the more common symptoms of heart failure include protruding veins in the neck, swelling of the ankle and legs, shortness of the breath, swelling of the abdomen, heart palpitations, pulse that is irregular, coughing that is persistent, loss of appetite, weight gain that is sudden, and extreme fatigue.

Heart failure is usually caused by another illness or disease. One of the most common is CAD or coronary artery disease where arteries become narrow and limit the heart’s oxygen and blood supply. Some of the other possible causes of heart failure are due to other medical issues that may increase the risk of heart disease. These include alcohol abuse, drug misuse, chemotherapy, other cancer treatments, anemia, AIDS, HIV, a thyroid that is underactive or overactive, diabetes, emphysema, hypertension or high blood pressure, irregular rhythms also referred to as arrhythmias, heart valve disease, a heart attack, a heart defect that is congenital, and cardiomyopathy.

Heart Failure: What are its different types?

This medical condition can happen to either the right side or the left side of the heart. It can also happen to both sides of the heart at the same time. Heart failure can also be identified as either systolic or diastolic.

Heart failure that is left-sided is one of the most common forms of this medical condition. The left ventricle of the heart can be found in the heart’s bottom left side. This specific portion of the heart is responsible for having blood that is rich in oxygen pumped all throughout the body. The blood can get backed up into the lungs instead, which can lead to breathing issues and fluid buildup which is referred to as ascites caused by heart failure.

This form of heart failure happens when the heart’s left ventricle does not efficiently pump blood. This can lead to the body’s being prevented from getting adequate blood that is oxygen-rich.

Failure of the right side of the heart can also be caused by other health issues which include diseases of the lungs. This can lead to swelling due to the accumulation of fluid in th abdomen, feet, and legs referred to as edema.

Heart failure treatment will usually be treated depending on how severe the condition is. Treatment that is early can lead to the symptoms improvement but regular monitoring and management will be required (follow up consultations every 3 to six months). Treatment can come in the form of medications that can reduce the levels of cholesterol, remove levels of potassium and sodium that are excessive, reduction of blood clots, and improvement of heart’s blood-pumping ability. Surgery such as coronary bypass surgery may also be considered.